Cannabis is on the Move in Congress: See Lobbyist Update 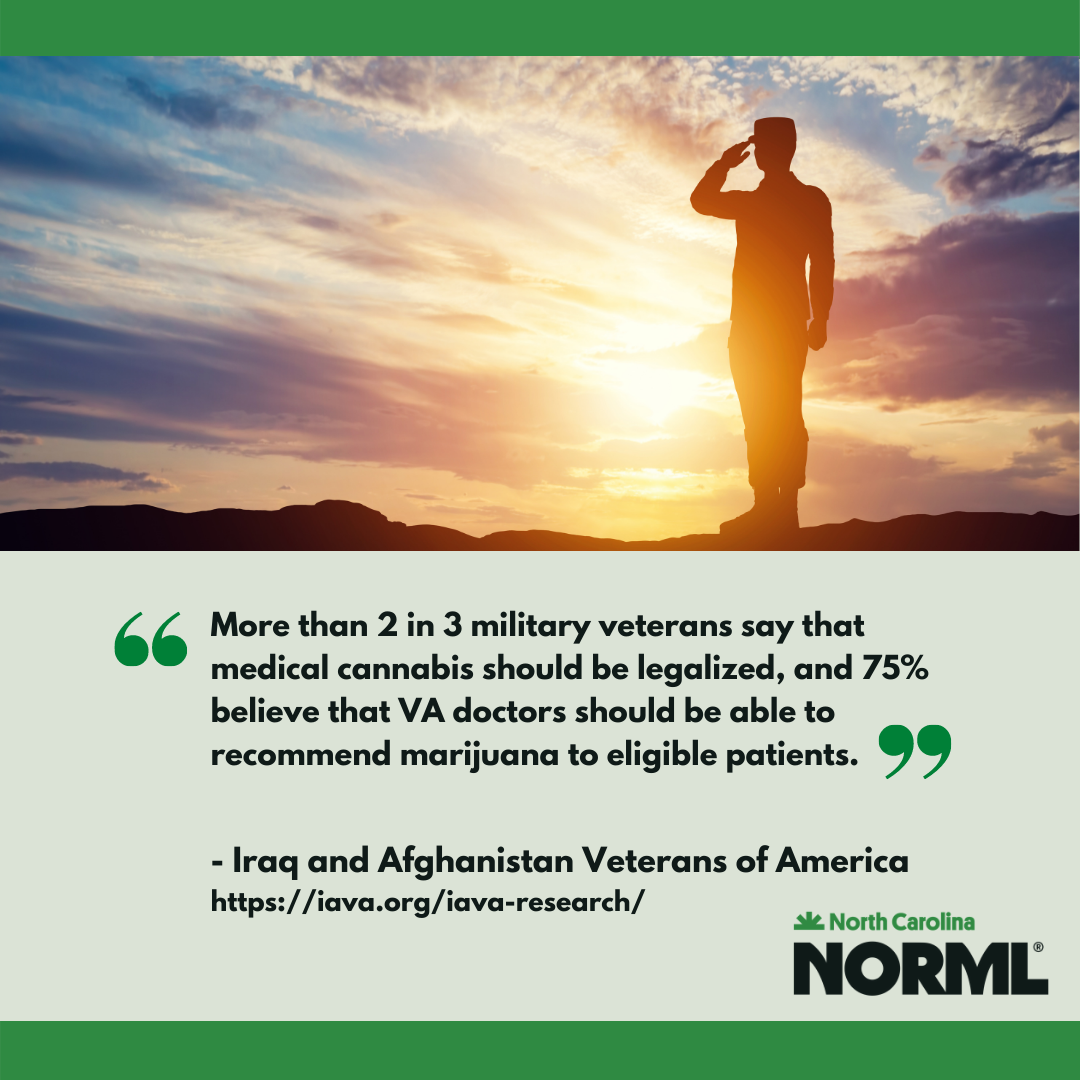 During the last weekend in May, our nation collectively observed its nineteenth Memorial Day since the beginning of the war in Afghanistan in 2001. In the weeks and months leading up to this somber reminder of the true cost of war, federal lawmakers were busy filing bills to increase access to medical marijuana for veterans in states where it has been previously legalized.

If passed, these bills will allow licensed medical providers employed or contracted by the U.S. Department of Veterans Affairs (VA) to discuss additional treatment options involving cannabis with veterans in states that have established state-legal medical cannabis programs, and provide funding for cannabis research.

The Veterans Safe Harbor Act would create a five-year safe harbor for veterans who use medical cannabis and their prescribing doctors. It would also direct the VA to research how cannabis could help veterans better manage chronic pain and reduce opioid abuse. Rep. Dave Joyce (R-OH) stated “if a state has made it legal, like Ohio has, the federal government should not be preventing a VA doctor from recommending medical cannabis if they believe that treatment is right for their patient.”

Would direct the VA to conduct scientific and medical research into the safety and efficacy of medicinal cannabis usage as an alternative to opioids by veterans diagnosed with chronic pain or PTSD. The bill was reintroduced in the U.S. Senate by Senators Jon Tester (D-MT) and Dan Sullivan (R-AK). The 2021 version requires the VA to launch a series of clinical trials and sets out specific guidelines for researching the effects of specific cannabis varieties with various concentrations of Tetrahydrocannabinol (THC) and Cannabidiol (CBD).

The companion bill was introduced by Representatives Lou Correa (D-CA) and Peter Meijer (R-MI), with Correa citing the opioid crisis in the U.S. as a motivating factor in reintroducing the legislation, “…it is imperative to the health and safety of our veterans that we find alternative treatments for chronic pain and service-related injuries.” Rep. Meijer went further in describing the way in which PTSD, chronic pain, and opiods have combined to create a deadly cocktail that often ends in tragedy - “Veterans across the country continue to suffer from chronic pain and PTSD as a result of their service, and too many are being lost to opioid overdose and suicide here at home, we owe it to our nation’s veterans to pursue alternative treatment that could be safer and more effective.”

The Fully Informed Veterans Act was introduced by Representatives Peter Meijer (R-MI) and Conor Lamb (D-PA), both of whom are military veterans. This bill would allow VA doctors to provide basic information and resources about state-legal cannabis programs to veterans. As far as veterans and cannabis legislation goes, this is a minor reform, but a step in the right direction in ensuring that veterans have access to information they need to make informed decisions about their healthcare.

Why does this matter for North Carolina?

With North Carolina being home to one of the largest veteran and active-duty military populations in the world, a key constituency that must be activated is military veterans, which comprise nearly 10% of our state's population. Surveys conducted by Veteran Service Organizations like the American Legion and Iraq and Afghanistan Veterans of America show robust support for legalization, regardless of the era of military service. North Carolina’s veterans and military families can play a huge role in moving our state towards legalization by advocating for medicinal cannabis as a treatment for the wounds of war.

As we head into the summer months there will be many opportunities to address cannabis legalization policy with federal and state officials in their home districts. The cannabis legislation before Congress and the General Assembly is of great importance to veterans and North Carolina. Senator Thom Tillis is a powerful voice and key voting member on committees that have great influence over ending prohibition at the federal level. Prior to entering the US Senate, Tillis was the Speaker of the NC House, and maintains relationships with key officials at state and local levels.

If you would like to start the conversation with your federal and state officials you can start by sending them an email today.

After you copy and paste the email to your legislators, please keep reading for the latest Raleigh Report from our pro bono lobbyist!

Please send the following to your Representative and Senator, ESPECIALLY IF YOU ARE A VETERAN or MILITARY FAMILY MEMBER

In the 20 years since the terrorist attacks of September 11th the United States has been engaged in continuous combat operations around the globe. Many Post 9/11 veterans are exiting the service at military bases in our state and finding that their transition into civilian life isn’t as easy as they thought. Much of this is due to the mental and physical wounds of war that can take years to come back from, if at all.

One of the signature wounds of the global war on terror has been Post Traumatic Stress Disorder, with 1 in 4 veterans of the wars in Afghanistan and Iraq having been diagnosed following their deployments. Often left undiagnosed by military doctors, this condition can spiral into opioid or alcohol abuse, homlessness, incarcaration, and or suicide/death. It is no secret in the veteran community that many of our sisters and brothers have found cannabis to be an effective medicine in healing from the wounds of war. Data collected from legal states shows that when cannabis is legalized the overall substance abuse and suicide rates have declined.

Cannabis is a life saving medicine, and it has been proven that ending prohibition leads to better outcomes for individuals and communities.

For the good of all in the Old North State, our leaders must come to an agreement to legalize cannabis and remove the stigma that prohibition has created. The freedom of choice should not be controversial.

[your name, your county]

One of the cannabis bills we’ve been tracking has passed the Senate and House Committees. It was on the House calendar for a House floor vote June 3 but didn’t receive a vote. The House and Senate have a major disagreement over the budget so the House is beginning to hold Senate bills.  We’ve been caught in that struggle.

The bill would automatically approve cannabinoid medications in North Carolina if they’re approved by the FDA and the federal DEA  has also made the change.

It’s important to know that most states that have passed cannabis adult use have the option of citizen referendums.  NC doesn’t have that option.  Please continue to contact your legislators as there are this and more cannabis bills in the pipeline. Constituent numbers matter! Please forward the weekly nuggets to your friends and ask them to sign up with NC NORML. https://www.ncnorml.org/getstarted

When you get responses, please log the details in this short form so that our lobbyist will have the most current info on the 170 people who have the power to vote for legislation!

If you have personal relationships with any of the lawmakers, please email Janis Ramquist to work on a meeting.

Have you signed and shared the petition in support of medical cannabis? We’d like to deliver tens of thousands of signatures to the NC General Assembly this summer! You can also print the petition off the website and post it to your favorite places and email us a pic of the petition to get the names added.

Donate to NC NORML to support marijuana reform.
If this email was forwarded to you, sign up for future Nuggets.

Lend a couple hours a month or more, if you like, volunteer to help in NC NORML’s mission to “educate, empower, and activate North Carolinians to honor the individual liberty of adult consumers to use and/or grow cannabis for medical and/or personal purposes.”