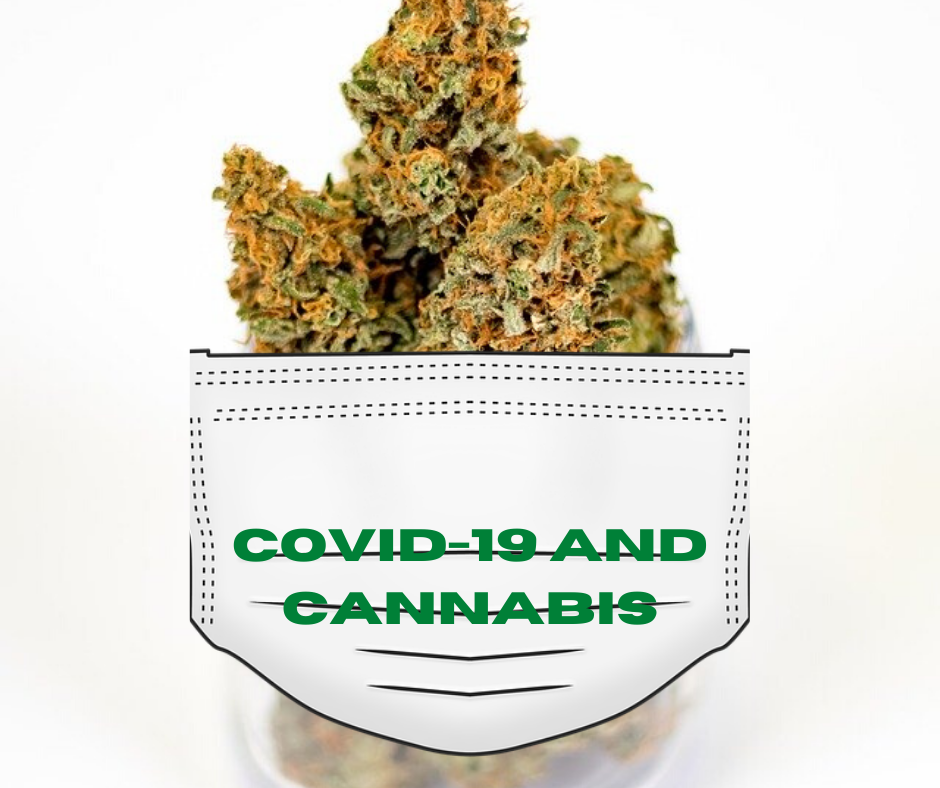 This crisis highlights the need that more and more have been identifying in recent years to overhaul our criminal justice system, as the US continues to lead the world in per capita prison population.

Coronavirus. COVID-19. Rona. Other nicknames that aren’t needlessly offensive. Whatever you call it, it’s everywhere, affecting pretty much everything. As soon as we started familiarizing ourselves with the ins and outs of social distancing and seeing crazy things at the grocery store, this pandemic has shed light on some stark realities that too often fly under the radar. You’ve heard about the impact of the virus on people dealing with food insecurity, living paycheck-to-paycheck, or having inadequate healthcare, but what about the real people out there who are already facing hardships due to unjust cannabis regulations?

“Even in pre-pandemic times, the impact that arrests and incarceration have on public safety is debatable, at best, when it comes to minor crimes,” states Rosa Brooks, a law professor at Georgetown University, in her recent opinion piece to the Washington Post. She continues by asking, “Is making an arrest for petty theft, public drunkenness or marijuana possession worth endangering the lives of police officers, suspects, jail personnel and other community members?” While this question is more prominent as we consider the safety of police and correctional officers in the midst of the pandemic, it has been neglected for years despite having real world impacts.

Breonna Taylor. Say her name. It’s two months overdue. Somehow, in the midst of all the chaos, the world seemed to miss the fatal shooting of Breonna Taylor, who was killed in her Louisville, KY apartment after being awoken by police serving a warrant to her address for a man who did not live in the apartment and had already been detained. On March 11, Kentucky’s Governor’s Office recommended social distancing for everyone; on March 12, they recommended that all school superintendents in Kentucky cease in-person classes for an extended period of time. On March 13, Breonna Taylor was killed. Notably, an officer was shot in the leg. This begs the question: in a state that was shutting down and taking precautions to limit the spread of COVID-19, how in the world was serving a drug warrant such a high priority for the Louisville Metro Police Department?

Of course, this tragedy has implications well beyond our current virus crisis. After all, the virus didn’t decide to serve the warrant, and it certainly didn’t decide how and when the officers would serve it. They did it how they always do. While police have stated that they knocked and announced themselves, neighbors’ versions of the story were contradictory. Knocking or no knocking, I ask you to consider how you would react to waking up to sounds of pounding and shouting at door. Why is this how police choose to serve drug warrants, placing lives at stake when none are immediately at risk? A New York Times piece from 2017 revealed through open-record requests that at least 81 civilians and 13 law enforcement officers died in raids serving no-knock warrants and that “scores of others were maimed or wounded.” Of the civilian deaths reported, half were members of minority groups. Even if illegal substances are found, is it worth it? Virus or not, Breonna Taylor’s murder could have been avoided.

Even for those who survive their interaction with law enforcement, we live in a time when apprehension and imprisonment for any crime has even more of a chance of being a death sentence as prisons have become “epicenters” for the virus. And it wasn’t exactly a safe place to be before all this. This crisis highlights the need that more and more have been identifying in recent years to overhaul our criminal justice system, as the US continues to lead the world in per capita prison population.

How can something be essential in one state, but illegal in the next? As states scrambled to shut down, each state with legal cannabis had to decide if dispensaries could remain open. According to Rolling Stone, states with regulated cannabis all allowed for sales to proceed in some form, but how that looked was different for each state. Notably, Massachusetts allowed medical dispensaries to remain open, but not the recreational dispensaries, a distinction which is understandable on its face but fails to consider the reality of the times we’re living in. There are already obstacles for those seeking access to medical cannabis, but now, with our healthcare system already stretched thin, it is ridiculous to limit access to a safe form of relief for a wide array of symptoms, diseases, and disorders ailing so many people. Like anxiety.

It’s been oddly bittersweet that cannabis has been called essential in other states, while possession in North Carolina could still completely ruin someone’s life. Cannabis is essential, and it’s time for the General Assembly to get the message.