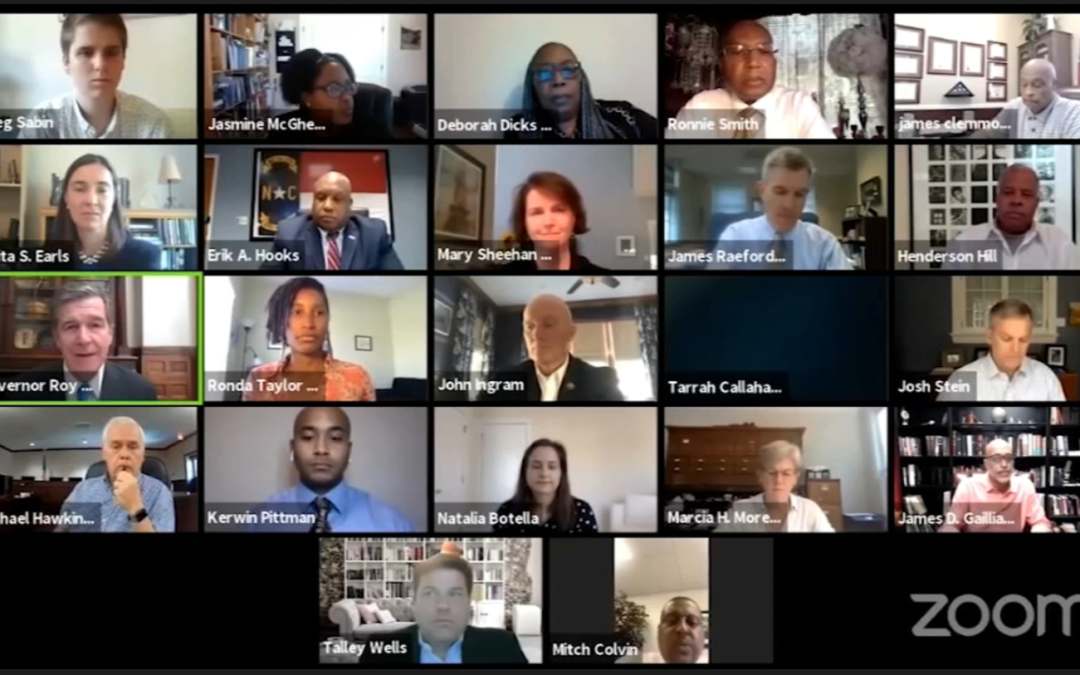 NC NORML applauds Governor Roy Cooper for assembling the Task Force in overdue recognition of the bias that has corrupted the American criminal justice system and the US Constitution’s promise.

“There are systemic racial issues in our systems that we have to fix,” said Governor Cooper in a statement about the newly formed task force. NC NORML is in full agreement that many of the issues facing North Carolina require an open mind, but can easily be remedied with legal action taken by the Governor. While NC NORML applauds the creation of the task force as a first step in the right direction, there is a tremendous amount of work to be done.

The serious focus of eliminating bias in policing and criminal justice in North Carolina is essential and long overdue. The ACLU has verified the racial disparities in cannabis enforcement for the last decade and have substantiated Black and Brown North Carolinians’ testimonies. For their entire lives, People of Color have been targets of abuse, disenfranchisement, and threats and Cannabis has been a frequent excuse for arrests.

NC NORML has submitted recommendations to address the role that cannabis prohibition plays in the continued abuse that Black and Brown Americans face every day. All North Carolinians suffer when anyone’s rights are violated, even if we may not see it directly. Below is the letter sent to the Task Force.

Cannabis was legal until about 80 years ago and after Alcohol Prohibition was repealed, law enforcement agencies focused on a new substance to criminalize. Cannabis was renamed to marijuana (implying Mexican) and Congress was pressured to make this medical substance illegal. Over the objections of the American Medical Association, they accomplished their goal. Brown and Black people continued to be targeted by law enforcement using cannabis as the excuse.

The prohibition of cannabis gives the police greater incentive in court costs and arrest rates to violate our rights in ways that have nothing to do with protecting and serving communities. Studies demonstrate that when states legalize cannabis, driving under the influence of alcohol actually decreases.

There is nothing inherently dangerous about the adult possession or use of cannabis. Many states following legalization experienced declines in opioid use, alcohol use, and alcohol-involved car crashes. Youth access and use of cannabis also declines. At this moment, our Black neighbors must not have to experience the trauma of police interaction and financial penalties for use and possession of plant material. According to Federal Bureau of Investigation records almost 50,000 North Carolinians were arrested for possession (not sales) of marijuana between 2014 and 2016 and those families faced major upheaval and financial hardship.   Cannabis should be decriminalized. The Mayo Clinic reports that addiction rates to legal drugs Nicotine (32%) and alcohol (15%) are higher than marijuana (9%).

Not to be overlooked, legalization of cannabis can potentially save lives.  Between 1999-2016 12,000 North Carolinians died from opioid overdose.  Importantly, medical cannabis, a common practice a hundred years ago, has been substantiated by medical research in the last two decades.

North Carolina residents are vulnerable to arrest and criminal prosecution that residents in 33 states and the District of Columbia aren’t.  Decreasing penalties for marijuana possession has positive impacts on people’s ability to become self-sufficient by improving their labor market opportunities.

A 2017 Elon University poll found that 80% of North Carolina voters support legislation that would legalize the medical use of marijuana and 45% approve of legalizing adult use. The whole policy of criminalizing cannabis should be re-evaluated.

The Rand Corporation research concluded that cannabis is not a gateway drug.  Instead it is clear in the assessment of the Federal Bureau of Investigation, Uniform Crime Reporting Program data that criminalizing cannabis is actually a gateway to prison.