Why Isn’t Marijuana Legal in NC Yet? NC “Decriminalized” Minor Possession in 1972 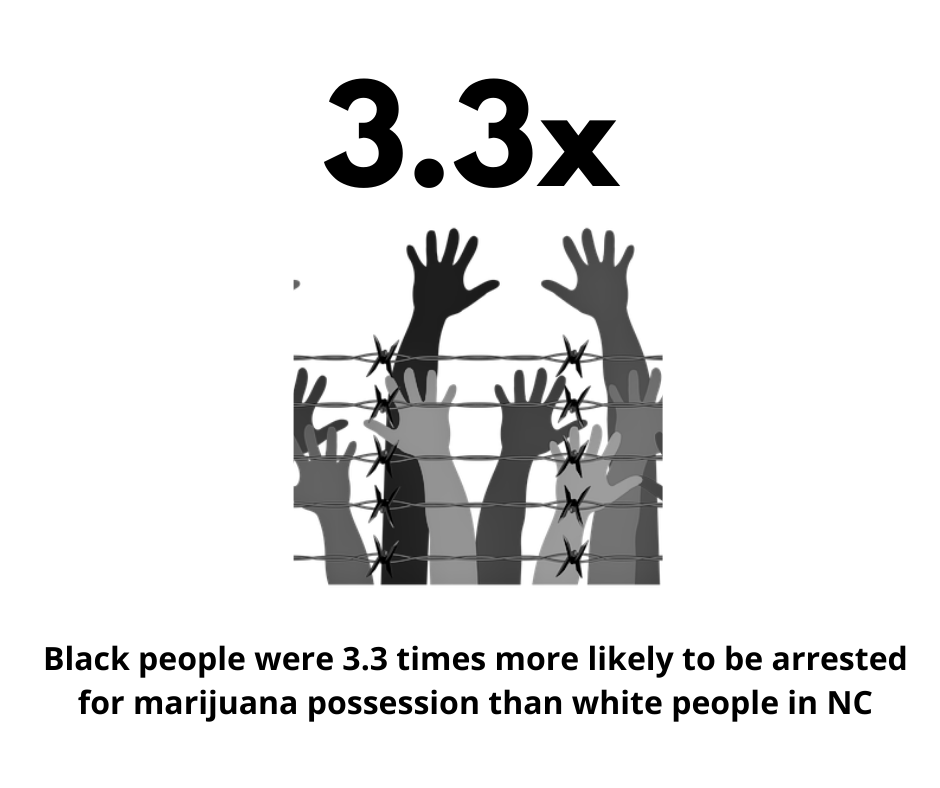 During the month of April we celebrated cannabis and cannabis culture - now we turn to a more sobering subject: the continued racial disparities in arrests/charges for marijuana possession.

The ACLU released a new report, A Tale of Two Countries: Racially Targeted Arrests in the Era of Marijuana Reform on April 20, 2020. This report looks at arrest data across the nation from  2010-2018, and updates their 2013 report: The War on Marijuana in Black and White, that examined arrests from 2000 to 2010.

The statistics they report and the conclusions they draw from them are staggering, especially given the number of states that have legalized medical marijuana and/or adult use between 2010-2018.

Nationwide, there were more than 6.1 million marijuana-related arrests between 2010 to 2018.

There were nearly 700,000 marijuana-related arrests in 2018 - more than 43% of all drug charges, with more arrests for marijuana than for all violent crimes combined.

Nationwide, a Black person is 3.64 times more likely to be arrested for marijuana offenses than a white person, despite similar rates of use.

In North Carolina, a Black person is 3.3 times more likely to be arrested than a white person.

In South Carolina, a Black person is 3.5 times more likely to be arrested than a white person.

The report features an interactive tool that enables users to look deeper into the data for their state (and in some cases, their county).