Will Mexico’s Move to Legalize Cannabis Capture the Attention of Lawmakers in the United States? 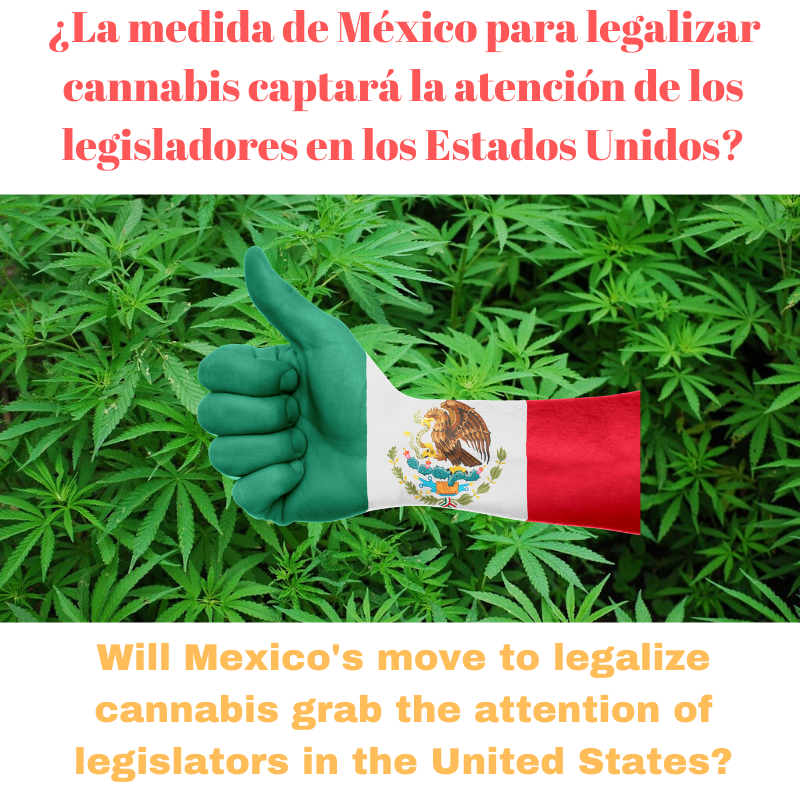 Despite a few hiccups, Mexico is on the cusp of having legalized recreational cannabis!

After Mexico’s Supreme Court ruled last year that the banning the recreational use and possession of cannabis was unconstitutional, legislators were given one year to pass legislation establishing the framework for a commercial market. When it became clear that the Nov. 1, 2019 deadline would not be met, the Mexican Senate appealed to the Supreme Court for more time, and were given until April 30, 2020 to hash out the details. The legislation is crucial since the court ruling does not allow for commercial sales of cannabis.1 “The ruling only applies personal possession and private use, and cultivation in the home for such use,” Steve Rolles, a senior policy analyst with the Transform Drug Policy Foundation, told Marijuana Moment in an interview. “It also allows for sharing.” 2

The current draft emphasizes fair, regulated markets; public health, human rights and sustainable development. The legislation would legalize adult use, scientific and investigative use, and medical, pharmaceutical and industrial uses. People would be granted permits to home grow. About 20% of cultivation licenses would go to farmers in areas where cannabis was eradicated under prohibition. Associations of 2-20 people would be allowed to grow 4 plants per member. Cannabis products would be sold in plain, non-branded child-proof packaging made of sustainable materials. Smoking/vaping of cannabis would be prohibited wherever tobacco smoking/vaping is prohibited.3

As translated by Transform,4 the Supreme Court press release states “that the fundamental right to the free development of the personality allows the persons of legal age to decide – without any interference – what kind of recreational activities they wish to carry out and protect all the actions necessary to materialize that choice,“ and, “…the effects caused by marijuana do not justify an absolute prohibition on its consumption.” It’s time for everyone here in the U.S. to recognize that cannabis prohibition is an unconstitutional infringement of our rights!